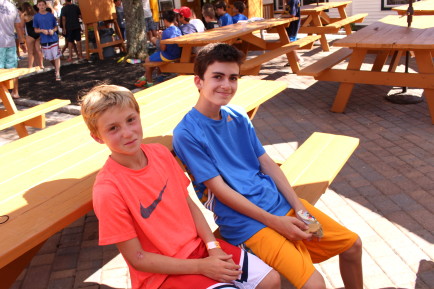 If you are the parent of a child who plays team sports, you have most likely witnessed a variety of activity from the sidelines.  No matter the age or skill level of the players, the bleachers are filled with both positive and negative sounds.  There are parents (hopefully the majority) who encourage and support, cheering on the team as they watch with excitement, and there are parents who are argumentative and create a less than helpful environment for the players and spectators.  The noise from parents screaming out their dissatisfaction with calls being made, getting into arguments with other parents, and yelling at the refs and coaches from the sidelines, have lost sight of sportsmanship. If you watch the kids of these parents, they look stressed out.  These kids get upset easily, dispute calls made by referees, and do not look like they are having much fun out there.  There is nothing wrong with wanting to win and giving it your all to do so, but some of the sideline behavior is negatively impacting these young kids who should be having fun.

And when it comes to sports and having fun, camp provides the perfect setting.  Sports and having fun go hand in hand at Iroquois Springs. The camp environment provides kids with a stress free experience, where they can succeed no matter their preferred level of competition.   It’s not just the absence of the sideline activity, it’s the style and attitude of sportsmanship that gives kids the tools to succeed and have fun.  At the core of the camp sports program is skill development, participation and sportsmanship.  The goal of sportsmanship is to teach kids to play fair, follow the rules, respect the judgement of the officials, and treat opponents with respect.  Playing sports at camp is all about learning something new, improving skills, socializing with friends, taking healthy risks, exercising, and having a great time.  The only sounds from the sidelines are so 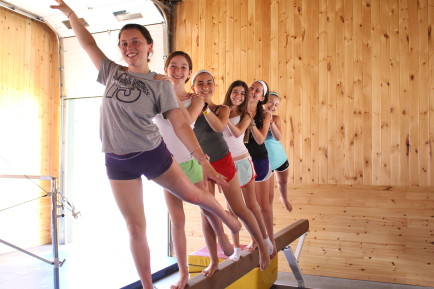 unds of encouragement.  And though winning the trophy for first place is cause for celebration, it is not the only goal.  The ultimate goal and only expectation is to enjoy what you are doing and bring new skills and love of the game back home.  Campers learn to handle both victory and defeat with dignity, and do not lose sight of what they gained along the way.  Having fun is the ultimate reward of playing sports at camp.

The best part of the sports program at camp is that it gives many kids, who do not ordinarily have the confidence to try out for sports teams at home, a greater willingness to participate in a variety of sports electives, clubs and inter-camp games.  Many parents are amazed when they hear that their child participated on teams and played in tournaments that they typically don’t express interest in at home.  Campers of all ages and abilities have the opportunity to get out there and play.  Learning sportsmanship allows campers to win and lose gracefully and most importantly put the experience in perspective.  They are there to have fun.  At camp, the only expectation is for campers to learn something new, give it their all, develop greater confidence, practice good sportsmanship and love what they are doing.  And you never know, maybe this attitude will rub off on the folks on the sidelines.

“Sportsmanship for me is when a guy walks off the court and you really can’t tell whether he won or lost, when he carries himself with pride either way”.    Jim Courier, tennis player.