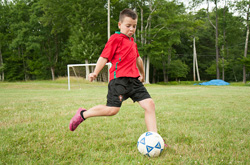 Virtually everyone who has ever played competitive sports has been involved in a one-sided game. Even though “mercy rules” have been adopted at the youth sports level to some degree, these rules do not eliminate the possibility of a game getting out of hand, they merely minimize the damage (so to speak).

As a long-time player and coach, I have been on both ends of a lopsided game. Obviously, it feels much better to be on the winning end than the losing end of these games. As a player, you always want to do your best no matter what the situation is, but as a coach, good sportsmanship is very important, particularly at the youth level.

My son’s little league baseball team is the best team in the league, although not by as large a margin as we thought going into the season. After our team lost for the first time, the other coach and I discussed the lack of effort that they showed when the game started to slip away. Losing is an unavoidable part of competitive sports, but maximum effort should always be given, even in the face of adversity. As the saying goes…leave it all on the field!

The following game, our team came ready to play, dominating our opponent from the opening pitch. Because we criticized their effort after the previous game, it was good to see them motivated to not let a lack of effort happen again. Of course, at some point during the game, we (as coaches) had to make the decision to focus on sportsmanship.

With the game well in hand, we decided to shift from aggressive base running to conservative. However, our message from the previous game must have still been ringing in each player’s ear, because they continued to give maximum effort, even ignoring our signs at times to hold up when they knew that they could score. 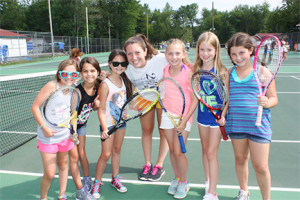