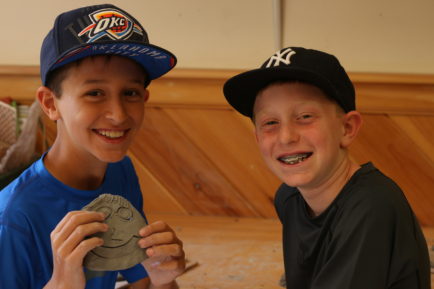 October is National Bullying Prevention month.  A month dedicated to raising awareness of the impact bullying has on children of all ages. A month to educate and encourage communities to work together to stop bullying and cyberbullying.  Although it’s an issue that needs to be addressed throughout the year, the effort is a wonderful opportunity for schools and communities to come together and bring attention to such a damaging form of behavior.

Bullying is unwanted aggressive behavior that hurts or humiliates a person in physical, verbal or psychological ways.  In any form, bullying can leave deep emotional scars lasting into adulthood.  Bullying has a negative impact on a child’s self-esteem, sense of safety, and overall mental health.  Kids who are bullied are more likely to experience depression, loneliness and decreased academic achievement.  Studies show that about 32 % of students ages 12-18 reported being bullied at school.  And since it is often difficult for children to admit being bullied, due to fear and shame, those numbers are probably higher.  Bullying does not just happen in the school yard anymore. Cyberbullying, through texts and posts on social media, is also being used to intimidate and embarrass kids.

Everyone is impacted by bullying. Those who are bullied, those who bully, and those who witness bullying.  It’s more than just “kids being kids” or just a part of childhood.  It’s a serious problem that needs to be addressed and it is the responsibility of caring adults to intervene and help put a stop to bullying in any form.  Parents, school leaders, camp counselors, coaches, all adults can be a part of the solution to help educate and give kids the support they need to stop bullying behavior.  A zero tolerance policy, along with developing prevention and intervention strategies is necessary to ensure a safe environment for everyone.

Whether you are a parent, educator, camp professional or concerned adult, there are steps you can take to help a child who is being bullied, and teach the power of kindness along the way…

Pay attention – Children who are being bullied exhibit warning signs in different ways. It may be complaints of stomach pain or headaches, or avoidance of school and social situations.  Be in tune with your child’s daily schedule and who their friends are by asking open-ended questions that encourage conversation.

Communicate – Give kids a safe place to communicate, and listen to what they have to say.  It’s often difficult for kids to talk about being bullied. They may feel they did something wrong to bring on this behavior, or feel embarrassed that they are the victim of bullying.  Let them know that they are not alone and that you will help protect them.  Let them know that kids bully for a variety of reasons, but it is in no way their fault. 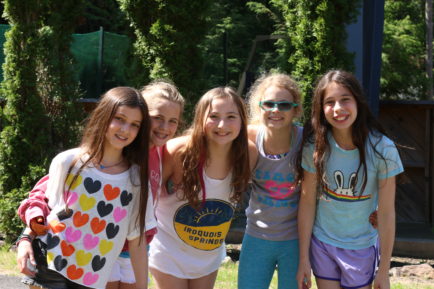 Empower kids – Encourage kids to get involved with things they love doing (see recent blog on being part of a team). Getting involved with friends with common interests will give kids a feeling of confidence and a sense of belonging.

Be a positive role model
– Model how to treat others with kindness and respect.  Stick up for people you see being treated poorly.  You may not think kids are watching, but actions speak volumes. Let kids know that though they may not be able to stand up to a bully directly (they should not put themselves in a dangerous situation), they can always tell an adult about what is going on.

Be a friend – Teach kids to reach out to victims of bullying and let them know that they are not alone.  One simple act of inclusion can have a lasting effect on someone’s feelings of self-worth.

It’s troubling to know that as far as we have come in so many areas of modern life, kids are still being bullied and feeling threatened in the places they most deserve to feel safe.  Hopefully with the work of our schools, camps and communities, to raise awareness of this unacceptable behavior, we will stop bullying and allow “kids to be kids” by treating each other with kindness and respect.